Toscana , perfect movie set: starting from…Tea with Mussolini: Tea with Mussolini is a 1999 British-Italian semi-autobiographical film directed by Franco Zeffirelli, telling the story of young Italian boy Luca’s upbringing by a circle of English and American women, before and during World War II. Set in Florence and San Gimignano, (where the ladies protect the Ghirlandaio frescos in the Duomo, against the threat of bombs). 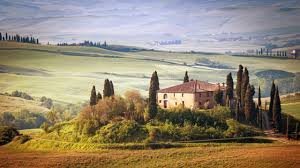 Under the Tuscan sun: Under the Tuscan Sun the famous film based on Frances Mayes’ 1996 memoir of the same name. The film directed by Audrey Wells was mainly shot in Cortona (Arezzo) 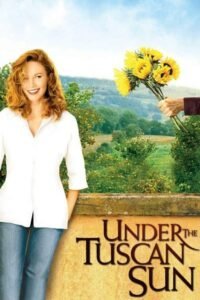 The Best of Youth is a family saga set in Italy from 1966 through 2003. It chronicles the life of an Italian family, documenting their journey from the prime of their wild youth in the mid-1960s counterculture, to parenthood and retirement in the early 2000s. The film is set in different regions of Italy with the Florence scene narrating the big 1966 flood.

The film is about an American teenage girl who travels to a lush Italian villa to stay with family friends of her poet mother who recently committed suicide. The movie is mainly set in the north of Siena, near Brolio castle.

Hannibal: Hannibal, the 2001 psychological thriller directed by Ridley Scott, adapted from the Thomas Harris novel. It is a sequel to the 1991 Academy Award-winning film The Silence of the Lambs that returns Anthony Hopkins to his iconic role as serial killer Hannibal Lecter. The film’s locations alternate between Italy (mainly in Florence) and the U.S.

The English patient: The English Patient is a 1996 romantic drama, written for the screen and directed by Anthony Minghella, won nine Academy Awards, including Best Picture.  The Tuscan location are located in Arezzo and Pienza.

A Room with a view: A Room with a view is a 1985 British drama film directed by James Ivory and produced by Ismail Merchant. The film is a close adaptation of E. M. Forster’s novel and it is set in Florence. 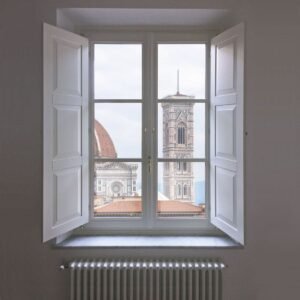 Gladiator: Gladiator is a 2000 historical epic directed by Ridley Scott, starring Russell Crowe. Crowe portrays the loyal General Maximus Decimus Meridius, who is betrayed when the Emperor’s ambitious son, Commodus, murders his father and seizes the throne.  Released in the United States on May 5, 2000, it was a box office success,; it won five Academy Awards in the 73rd Academy Awards including Best Picture. The final scene is set near Pienza (Siena) in the beautiful countryside.

The Twilight Saga: The Twilight Saga: is a 2009 American romance fantasy-vampire film based on Stephanie Meyer’s 2006 novel New Moon whose story takes place in Volterra, home of the Volturi (a powerful vampire coven) . 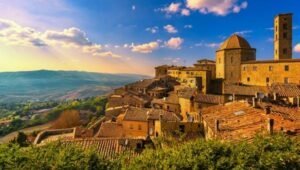 In the second film of The Twilight Saga film series, the movie was actually filmed in Montepulciano. The main scene was set in Piazza Grande, the central square, with the big clock tower and scenes of interiors were filmed in the historical wine cellar of Cantina De’ Redi, among streets and alleys of its fourteenth century historical center.

“Letter to Juliet“ – Gary Winick (2010): This movie is set in Verona and Siena. It’s the story of an American girl on vacation in Italy that finds an unanswered “Letter to Juliet”, left at the fictional lover’s Verona courtyard,  and she goes on a quest to find the lovers referenced in the letter. 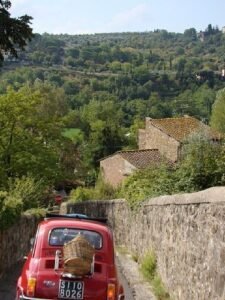 She also inspires the author of the letter (Vanessa Redgrave) to travel to Italy in search of her long-lost love, and sets off a chain of events that will bring a love into both their lives unlike anything they ever imagined

“Much ado about nothing”: A 1993 romantic comedy film directed by Kenneth Branagh and based on William Shakesperare’s play.It is entirely set in the Tuscan Villa Vignamaggio, Greve in Chianti

“Shadows in the Sun”: Shadows in the Sun, movie starring Harvey Keitel and Joshua Jackson, it was written and directed by Brad Mirman, and was filmed under the title The Shadow Dancer.Jeremy (Joshua Jackson), a British book editor, is an aspiring writer seeking a new lease on life. He is sent by his employer to Tuscany to elicit a new book from dried-up exiled author Weldon Parrish (Harvey Keitel). The movie is all set in Tuscany mainly in the charming village of Radicofani (Siena).

“QUANTUM OF SOLACE – JAMES BOND”: The 22nd James Bond film has some exciting scenes filmed in Siena, during the Palio horse race on 16 August 2007.